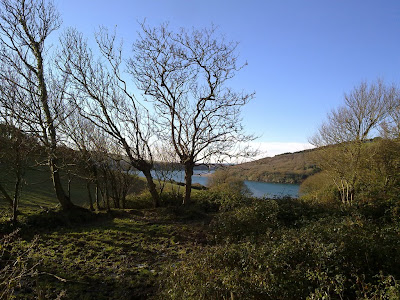 The Wildlife and Countryside Act (WaCA) 1981 is, quite frankly a total minefield of various bits of legislation, but it exists to protect the habitats of various bugs and beasties.
Just to give you a taste of this minefield, since WaCA 1981 there have been various amendments to the Act, most significantly through the Countryside Rights of Way (CRoW) Act of 2000... and the Nature Conservation Act (2004)(Scotland)... and the Local Government Act 1985, the Water Act 1989, the Environmental Protection Act 1990 and so it goes on! The CRoW Act also significantly changed SSSI (Sites of Special Scientific Interest) legislation in England and Wales.
But we don't particularly need to know all that for our purposes...
Find out more here...

OK, so you've probably got the idea that it's a potentially complex issue - that's why we have ecologists who love this sort of thing(?) - but we're just interested in how it applies to us cutting down a tree or two.
Possibly the most important, and most likely things we are likely to do is destroy either a bat roost, or a bird's nest. Red squirrels are also protected and you'll need to check for your area within the UK (and there are some pockets of red squirrels in the South of England too).
The Act protects wild birds, and it is an offence to:

Clearly, felling a tree that contains such a bird (nest), or felling a tree into another tree / shrub / hedgerow that contains the nest of one these birds could leave you open to prosecution under the Act. Bats are another highly protected species and were protected under Schedule 5 of WaCA, however since 2007 the effective protection of bat species has been accomplished through Schedule 2 of the Conservation Regulations 1994. Either way it is an offence to:

A bat roost is any structure or place which any wild bat uses for shelter or protection, and as bats can and will reuse the same roost it is protected whether the bat, or bats, is / are present.
Posted by David Vickers