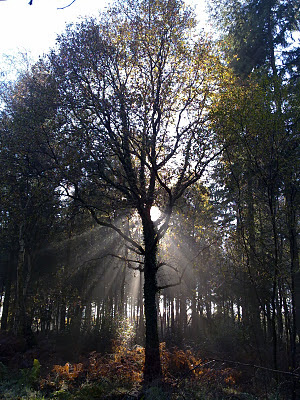 The requirement for a felling licence is stated as part of the Forestry Act 1967 (Amended), and whilst there are some exceptions to felling under this Act, if you get it wrong then you are liable to prosecution. So it kinda makes sense to have some basic notion about when you need a felling licence.
Find out more after the jump...

There's plenty of infomation available on the 'net about felling licences within the UK, but here's a couple of good links to provide you with more backgrounds information should you need it:
Forestry Commission: Tree Felling, Getting Permission
Forestry Commission: FAQs
In the final part of the CS31 Legal Constraint series, we'll take a look at the Wildlife and Countryside Act, an enormously important, and indeed an enormous Act! I'll try to distill the essence of the Act to a few paragraphs...
Posted by David Vickers